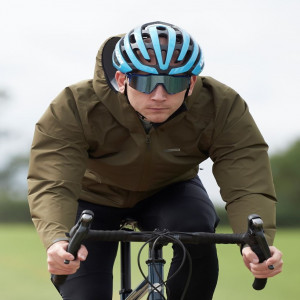 By Jos Dyer, 1 year ago Comments
Madison Saracen and everyone involved with the team are delighted to announce that current UCI World Cup Champion Matt Walker has signed a new deal with the team through to the end of the 2024 season.
Having been with Madison Saracen since 2014 as a first-year youth rider on the development squad, Matt moved up to the Factory Team as a Junior in 2016, winning a round of the World Cup in Cairns before winning the Junior World Championships at the same venue a year later.
With the 2020 season taking a shape that nobody could have envisioned, Matt’s win was a huge lift for the team and a massive testament to all the hard work he’s put in as a rider. This new contract is both a reward for Matt’s achievements and a show of faith and support from everyone at Madison Saracen that he has the full backing of the team going forward.
Matt himself is excited about his future with the team, and said: “I’m really proud to have re-signed with Madison Saracen until the end of 2024. It’s a privilege to work with people who are equally as passionate as me about winning bike races. After eight fantastic years with the team, I owe everything to them. I really feel that this is where I belong and I’d love to continue bringing them as much success as possible in the years to come.”
Will Longden, Madison Saracen team manager is equally delighted with the extension, saying: “It means a lot to me that Matt has put his trust in Madison to continue supporting him at a pivotal point in his career. I’ve been fortunate enough to be along on his journey for a few years now and I’m incredibly proud of the dedicated athlete he has become. We’re ready and excited for whatever comes next.”
Dominic Langan, CEO at Madison, said: “We are delighted to have Matt agree to continue to ride for Madison Saracen until at least 2024. Matt’s work ethic, focus and drive to win races is exactly what we are looking for in a rider as well as being such a great ambassador for all the brands behind the team.”

Saracen teams up with Becci Skelton!

By Aled Gamble, 2 years ago
Close ×