By Madison, 1 year ago Comments

Swift broke free of the lead group in the final 12-kilometres and finished alone, crossing the line in disbelief.

Overcome with emotion, it was Swift’s first victory of the year after a string of second-places.

Speaking after receiving the national champion’s jersey, Swift put into words what the win meant. 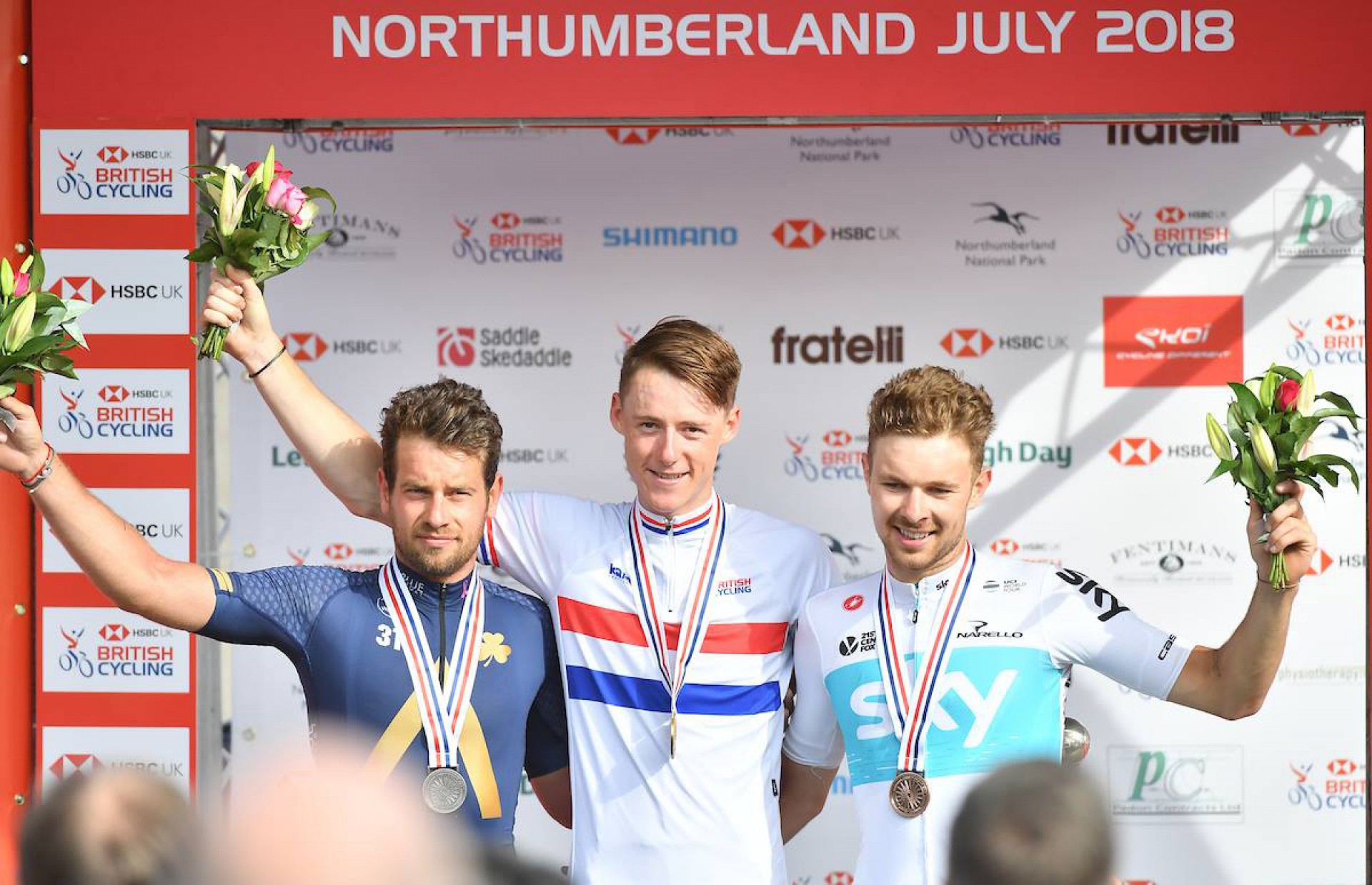 How the race unfolded

Swift’s win came as Madison Genesis placed three riders in a lead group of 17 early on in the race.

Swift, along with George Pym and Matt Holmes were part of the defining move, which contained a mix of World Tour, Pro Continental and Continental teams.

This combination stayed clear of the peloton and with 50-kilometres remaining and the gap over four-minutes it became obvious that the race-winner would come from this group.

As the race entered the final 20-kilometres the lead group split in two, with Swift at the front driving the pace.

But a lack of cooperation at the front and a concerted chase behind brought the riders back together.

With 12-kilometres to go, Swift made his own, solo bid for glory and quickly gained 10-seconds advantage.

Behind, the five chasers behind sensed the danger and with five-kilometres to go, the gap had halved.

But Swift persevered and the chase disintegrated. In the final three-kilometres Adam Blythe (Aqua Blue) launched a solo move in a bid to bridge, but could not finish the job.

As the race entered the final kilometre, and after 15-minues of dreaming, Swift could finally be confident that he would win the national title and take the biggest win of his young career.

Behind, George Pym and Matt Holmes crossed the line as part of the chase group in 13th and 14th place.

Danny Hart to ride for Madison Saracen from 2018

By Madison, 2 years ago
Team News

By Madison, 1 year ago
Close ×